Joining the Fight Against Animal Cruelty 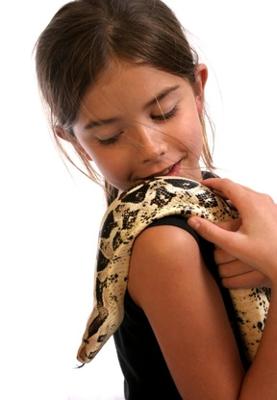 April is Animal Cruelty Prevention Month. In recognition of this, we would like to shine some light on some of the many organizations dedicated to enhancing the lives of animals everywhere.

ASPCA – American Society for the Prevention of Cruelty to Animals

Founded on April 10th, 1866, the American Society for the Prevention of Cruelty to Animals (ASPCA) is the oldest animal welfare organization in the United States. Founder, Henry Bergh had a vision of stopping the injustices that animals face across the country, primarily the inhumane treatment of animals at slaughterhouses, as well as cockfighting. At this time, the most common animals were horses and livestock, but by the turn of the century, cats and dogs had become a primary focus. By the time of Bergh’s death in 1888, 37 of 38 states has passed anti-cruelty legislation

In addition to animal-friendly legislature, the ASPCA has come to make some other serious improvements in the lives of America’s animals. Some of these changes include the creation of animal hospitals, spay/neuter clinics, loss support services, adoption facilities, disaster preparation services and an initiative to end the euthanasia of adoptable pets.

PETA – People for the Ethical Treatment of Animals

“People for the Ethical Treatment of Animals” or PETA was founded in March of 1980 and is the worlds largest animal rights organization. Armed with the slogan “animals are not ours to eat, wear, experiment on, or use for entertainment”, PETA rose to prominence after the Silver Springs Monkeys case of 1981. Since then, PETA’s undercover investigations have helped put an end to several cockfighting, bullfighting, and dogfighting rings worldwide.

With worldwide celebrity endorsement coupled with aggressive marketing campaigns, PETA has stepped up against factory farming, fur farming and animal testing. Led by Ingrid Newkirk, this non-profit organization has received some criticism for pushing the line too far.

At one point, PETA released a comic book aimed directly at children entitled “Your Mommy Kills Animals”. The spread features a gruesome picture of a woman stabbing a bunny repeatedly with a butcher knife, while orange colored blood sprays about. Many PETA members are vegans, condemning all animal products, foods, and animal related forms of entertainment, such as fishing.

Other animal rights groups and animal welfare organizations include:

WSPA – World Society for the Protection of Animals

These are just the tip of the iceberg. New foundations are popping up all the time, with the ultimate goal of making sure our animals live better, happier, and healthier. If you have a chance, take a quick second to see what you can do in your area to further the cause.It appears that your web host has disabled all functions for handling remote pages and as a result the BackLinks software will not function on your web page. Please contact your web host for more information.